We are proud of our distinguished multidisciplinary, bipartisan team of lawyers, lobbyists, investment advisors, and public relations specialists.

Alumni of our firm have gone on to serve in top roles in the White House and Administration. 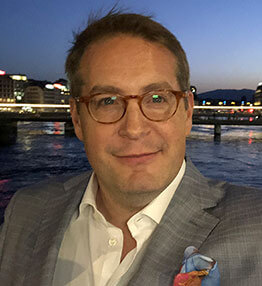 Nicolas Muzin, MD, JD, is the Founder and Chairman of Stonington Global, where he focuses on strategic international advisory and private equity work and practices as an attorney... 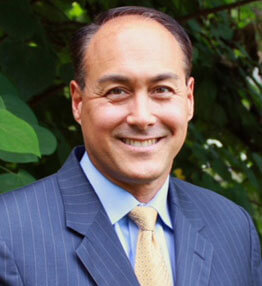 Alex Shively has served in Congress for 15 years for Members of both the House and Senate including Senators Saxby Chambliss... 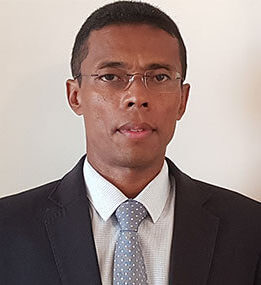 Eric Robson is the former Ambassador of the Republic of Madagascar to the United States and the former Chief Executive Officer of the... 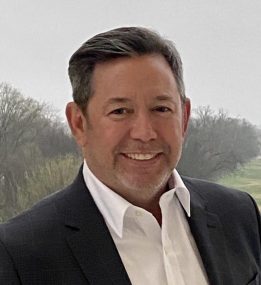 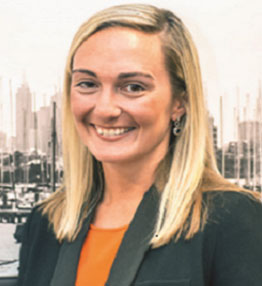 Morgan Neuhoff worked as a State Association Advocacy Manager for the National Association of Convenience Stores where she developed and executed programs... 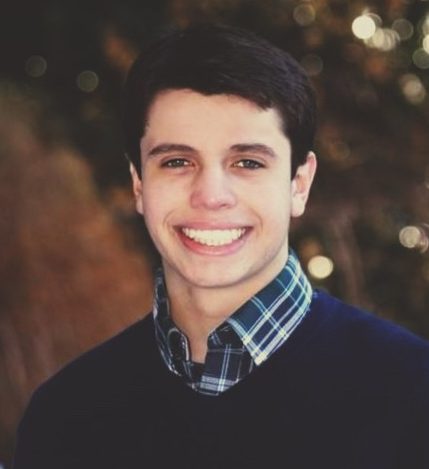 John Logan managed complex litigation for the Public Defender's Office in Florida's 12th Judicial Circuit. Prior to that... 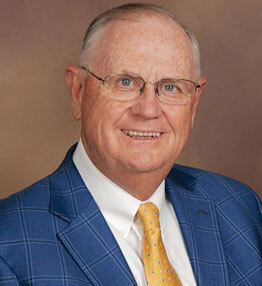 Charlie Buckels has advocated for candidates, issues, financial services and law enforcement for over 30 years. He is accomplished at establishing business and... 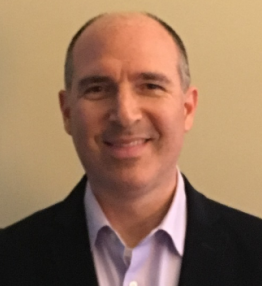 Jess Sadick has over 25 years of diverse experience in Washington, DC, spanning the Federal government, non-profit, and political advocacy arenas...

John Logan managed complex litigation for the Public Defender’s Office in Florida’s 12th Judicial Circuit. Prior to that he was an investment analyst for Milk Street Capital, where he managed a mid-eight figure real estate portfolio. John is an entrepreneur who has worked to help small businesses develop and grow.

John holds a B.A. from Penn State University, with a dual focus on International Political Economy and Classics. He wrote his graduate-level thesis on the integrated market economy of Greece. When he is not working, John coaches soccer and is a lector at his church. He has an interest in international tax law, decentralized finance and cryptocurrency.

Nicolas Muzin, MD, JD, is the Founder and Chairman of Stonington Global, where he focuses on strategic international advisory and private equity work and practices as an attorney.

Nick served at the highest levels of Republican politics, as Chief of Staff to two current U.S. Senators, Director of Coalitions for the House Republican Majority, and Senior Advisor to a presidential campaign. The New York Times has called him one of “Washington’s most influential deal-makers” and The Jerusalem Post has described his work as “jaw-dropping.”

A licensed physician, Nick’s first job in politics came when he took a semester off from his studies at Yale Law School  to serve as Counsel for the Republican National Committee during the re-election of President George W. Bush. In 2008, Nick was Senior Medical Advisor to the presidential campaign of Senator John McCain (R-AZ).

In 2010, Nick managed the campaign of now-Senator Tim Scott (R-SC), who was elected as the first black Republican from the South since Reconstruction. With Nick as Chief of Staff, Scott was elected leader of the tea party class of 87 freshmen members of Congress and was subsequently appointed to the Senate.

From 2013-2014, Nick served as Director of Coalitions for the House Republican Conference, under the leadership of Chair Cathy McMorris Rodgers (R-WA). In this position, Nick coordinated strategy and outreach for all 234 Republican majority members of Congress.

In July 2014, Nick was named Senior Advisor & Deputy Chief of Staff to Senator Ted Cruz (R-TX). He also served as Senior Advisor on the Cruz presidential campaign, which The Washington Post called “the best run campaign of 2016.”

Nick has a law degree from Yale Law School, a medical degree from the Albert Einstein College of Medicine, and a B.A. from Yeshiva University.

Chad Wilbanks has more than 25 years of experience in advising elected officials, corporations, law firms, non-profits, community leaders, and has led the crisis communications effort for a number of different organizations. Chad served as a senior political advisor to numerous elected officials, as executive director for Republican Party of Texas and regional political director for the Republican National Committee. He also founded the GOP Leadership Conference which trains Republican legislative staff on how to think politically in the policy arena.

Outside the political arena, Chad co-authored a business book published in five languages. He also founded the Gulf Coast Leadership Conference to encourage wise stewardship of Texas’ natural resources along the Gulf Coast.

Jess Sadick has over 25 years of diverse experience in Washington, DC, spanning the Federal government, non-profit, and political advocacy arenas.

Jess was a counterterrorism official at the U.S. Department of State, Federal Bureau of Investigation, and on the National Security Business Team at global technology consulting firm Booz Allen Hamilton assigned to the U.S. Department of Homeland Security. On 9/11, Jess was one of the first U.S. Government analysts to review the flight manifests to assist in identifying the perpetrators. He received Superior and Meritorious Honor Awards from the Assistant Secretary of State and CIA Director for outstanding analysis concerning the Israel-Palestinian conflict, state-sponsored terrorism, and the 9/11 attacks.

For a decade, Jess has run his own political advocacy and fundraising consulting firm serving non-profit clients seeking to inform and influence U.S. national security policy. He has documented the emergence of global violent extremism and the development of counter-extremism initiatives and has briefed policymakers on terrorists’ exploitation of the Internet, including social media platforms and interest in encryption technologies and cryptocurrencies. Jess has led hundreds of meetings with elected officials and their staff on Capitol Hill and served in the offices of U.S Representatives Bill Paxon and Jack Kingston and U.S. Senator Arlen Specter.

Jess has served as a consultant to state emergency management agencies, helping them to prevent, protect against, mitigate, respond to, and recover from acts of terrorism through planning, training, and exercise development. Jess has an extensive network of contacts across the Federal government, legislative branch, law enforcement, think-tanks, academia, and U.S. Jewish communal organizations.

Jess earned a B.A. in Interdisciplinary Studies (Communications, Legal Institutions, Economics, and Government) and Political Science at American University, an M.P.P. at Georgetown University’s Public Policy Institute, and an M.B.A. at the University of Rochester.

Morgan Neuhoff worked as a State Association Advocacy Manager for the National Association of Convenience Stores where she developed and executed programs that supported over 130 state and community associations in the convenience store industry.

Morgan holds a J.D. from Ohio Northern University and a B.A. in Government from Wofford College.

Eric Robson is the former Ambassador of the Republic of Madagascar to the United States and the former Chief Executive Officer of the Economic Development Board of Madagascar. His area of expertise covers diplomacy, international development, trade, investment, and competitiveness specifically in emerging markets.

During his 11 years at the EDBM, he spearheaded investment promotion and facilitation and routinely advised the Presidency on economic development. He worked with hundreds of companies around the world to facilitate increased business activity in Madagascar and lead the implementation of dozens of key reforms to the Malagasy business climate. He has extensive experience working in sectors as disparate as agribusiness, tourism, energy, information and communications technology, textiles, and mining. He also has strong working relationships with key international organizations, including the World Bank/IFC, the African Development Bank, and the United Nations Industrial Development Organization.

Eric holds a Master’s degree in Hospitality and Tourism Management, focusing on International Marketing Strategy, and a B.A. in Business Administration from the University of South Carolina. He is fluent in English, French, and Malagasy.

Alex Shively has served in Congress for 15 years for Members of both the House and Senate including Senators Saxby Chambliss and Elizabeth Dole, as well as Chairmen Tom Price and Chris Cox in the House of Representatives.

While in Congress, he led policy and legislative efforts on a wide range of issues including telecom, energy and financial services. Alex also worked for the Republican Study Committee.

Having run a number of campaigns, he has extensive expertise in grassroots organization, community outreach and strategic communications, and has demonstrated success at the local, state and federal level. Alex continues to be on the cutting-edge of public policy, working with candidates and coalitions to more effectively communicate positions and to better organize local activists to participate in the legislative and electoral process. His background in management, including the development, communication and execution of winning policy and legislative strategies is instrumental in meeting clients’ short- and long-term goals.

In addition to political and campaign experience, he has also led the government affairs department of a national trade organization, where he spear-headed strategic policy efforts on a wide range of legislative interests on the Hill, in state legislatures and abroad. His work includes successfully navigating the needs of the organization’s diverse membership in order to reach consensus across complex and varied interests. He has a strong understanding of the legislative and regulatory process and continues to maintain strong relationships on both sides of the aisle, as well as on Pennsylvania Avenue.

In his personal time, Alex and his wife, Bethany, share a passion for foster care and adoption, advocating for greater community participation, stronger tax incentives, and a more streamlined process toward family permanency.

Charlie Buckels has advocated for candidates, issues, financial services and law enforcement for over 30 years. He is accomplished at establishing business and political relationships with critical decision makers and then providing operational follow through on complex projects. After a successful career in the financial services industry, Charlie worked closely with mayors, council members, transportation directors, and law enforcement command staff to implement enforcement technology programs throughout the Southeastern United States. His role also required the monitoring of state legislation regarding public safety issues and assisting with the management of legislative action.

He has directed the marketing efforts for highly advanced project control and data analytics systems used in the large construction industry. Charlie is an effective public speaker who has a unique ability to persuade audiences regarding public policy, political candidates, and product value. He has provided key leadership for local, statewide, and federal political campaigns, including as State Chairman for the Newt Gingrich Presidential campaign. He has served as Vice Chairman, Treasurer and Finance Director of the Louisiana Republican Party. He was also elected Chairman of his County Party and Chairman of the Louisiana State Republican Convention. Charlie has served as a delegate to five Republican National Conventions and twice as a Presidential elector.

Charlie and his wife, Peggy, have four grown children and 15 perfect grandchildren.

Charlie graduated from Louisiana Tech University with a B.S. in Marketing and holds a professional degree as a Chartered Life Underwriter.